Thanking My Mother for Piano Lessons

In this poem for her mother, Diane Wakoski expresses gratitude for her childhood piano lessons that provided a respite from the ugliness of life. 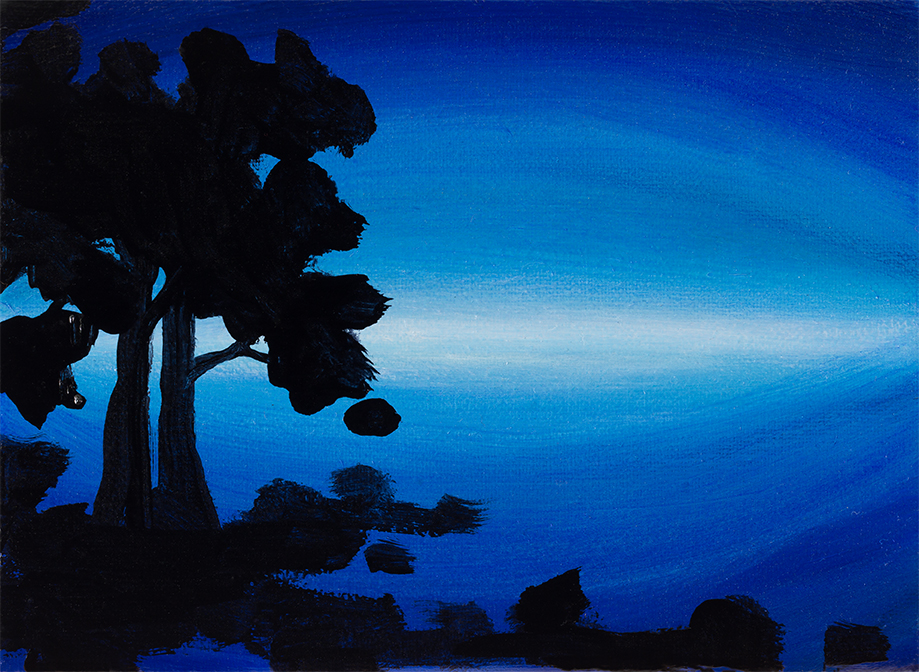 The Escape, an oil painting by Contributing Artist Annika Connor.
Poet’s Introduction: When I had been living in New York several years after I had graduated from Berkeley, I heard from my mother who lived in Southern California where I grew up. During the call (I hate telephones and almost never talk on them), she said, “All those years I paid for your piano lessons, and now you don’t even play the piano.” I decided that instead of being angry that she was trying to make me feel guilty about my life, I would write this poem to help her understand how important the piano lessons still were to me, all these years later, and that even though I didn’t play the piano any longer, the lessons continued to shape my life.

Thanking My Mother for Piano Lessons

he relief of putting your fingers on the keyboard,
as if you were walking on the beach
and found a diamond
as big as a shoe;

as if
you had just built a wooden table
and the smell of sawdust was in the air,
your hands dry and woody;

as if
you had eluded
the man in the dark hat who had been following you
all week;

the relief
of putting your fingers on the keyboard,
playing the chords of
Beethoven,
Bach,
Chopin
in an afternoon when I had no one to talk to,
when the magazine advertisement forms of soft sweaters
and clean shining Republican middle-class hair
walked into carpeted houses
and left me alone
with bare floors and a few books

I want to thank my mother
for working every day
in a drab office
in garages and water companies
cutting the cream out of her coffee at 40
to lose weight, her heavy body
writing its delicate bookkeeper’s ledgers
alone, with no man to look at her face,
her body, her prematurely white hair
in love
I want to thank
my mother for working and always paying for
my piano lessons
before she paid the Bank of America loan
or bought the groceries
or had our old rattling Ford repaired.

I was a quiet child,
afraid of walking into a store alone,
afraid of the water,
the sun,
the dirty weeds in back yards,
afraid of my mother’s bad breath,
and afraid of my father’s occasional visits home,
knowing he would leave again;
afraid of not having any money,
afraid of my clumsy body,
that I knew
no one would ever love

But I played my way
on the old upright piano
obtained for $10,
played my way through fear,
through ugliness,
through growing up in a world of dime-store purchases,
and a desire to love
a loveless world.

I played my way through an ugly face
and lonely afternoons, days, evenings, nights,
mornings even, empty
as a rusty coffee can,
played my way through the rustles of spring
and wanted everything around me to shimmer like the narrow tide
on a flat beach at sunset in Southern California,
I played my way through
an empty father’s hat in my mother’s closet
and a bed she slept on only one side of,
never wrinkling an inch of
the other side,
waiting,
waiting,

I played my way through honors in school,
the only place I could
talk
the classroom,
or at my piano lessons, Mrs. Hillhouse’s canary always
singing the most for my talents,
as if I had thrown some part of my body away upon entering
her house
and was now searching every ivory case
of the keyboard, slipping my fingers over black
ridges and around smooth rocks,
wondering where I had lost my bloody organs,
or my mouth which sometimes opened
like a California poppy,
wide and with contrasts
beautiful in sweeping fields,
entirely closed morning and night,

I played my way from age to age,
but they all seemed ageless
or perhaps always
old and lonely,
wanting only one thing, surrounded by the dusty bitter-smelling
leaves of orange trees,
wanting only to be touched by a man who loved me,
who would be there every night
to put his large strong hand over my shoulder,
whose hips I would wake up against in the morning,
whose mustaches might brush a face asleep,
dreaming of pianos that made the sound of Mozart
and Schubert without demanding
that life suck everything
out of you each day,
without demanding the emptiness
of a timid little life.

I want to thank my mother
for letting me wake her up sometimes at 6 in the morning
when I practiced my lessons
and for making sure I had a piano
to lay my school books down on, every afternoon.
I haven’t touched the piano in 10 years,
perhaps in fear that what little love I’ve been able to
pick, like lint, out of the corners of pockets,
will get lost,
slide away,
into the terribly empty cavern of me
if I ever open it all the way up again.
Love is a man
with a mustache
gently holding me every night,
always being there when I need to touch him;
he could not know the painfully loud
music from the past that
his loving stops from pounding, banging,
battering through my brain,
which does its best to destroy the precarious gray matter when I
am alone;
he does not hear Mrs. Hillhouse’s canary singing for me,
liking the sound of my lesson this week,
telling me,
confirming what my teacher says,
that I have a gift for the piano
few of her other pupils had.
When I touch the man
I love,
I want to thank my mother for giving me
piano lessons
all those years,
keeping the memory of Beethoven,
a deaf tortured man,
in mind;
of the beauty that can come
from even an ugly
past.

This poem is published in Emerald Ice: Selected Poems 1962–1987. Reprinted with permission from Diane Wakoski.
Guest Poet Diane Wakoski lived and worked, for the decade of the ’60s, in New York City. In 1975, she became the Writer in Residence at Michigan State University, where she retired after 37 years of professing poetry in 2012. She has written and published over 20 collections of poetry, the most recent being Bay of Angels from Anhinga Press.
Contributing Artist Annika Connor is a Contemporary Romantic painter and a Young Fellow of the Frick Collection. Her work depicts a fascination with beauty and decadence. See more of her paintings at annikaconnor.com and find her on Facebook.com/AnnikaConnorArtist. 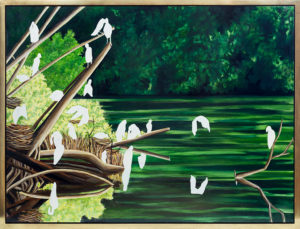 The Piano Speaks, a Poem 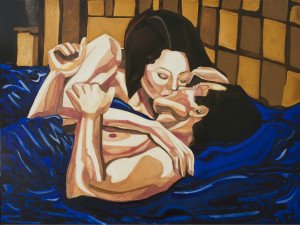 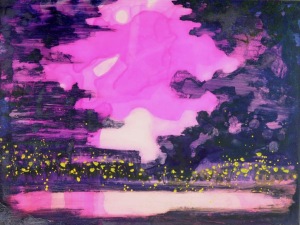 Ode to the Piano, a Poem