The Great Recordings of Scenes from Childhood

Relearning the Träumerei from Schumann's Scenes from Childhood, an adult piano student studies recordings of concert pianists to deepen her interpretation. 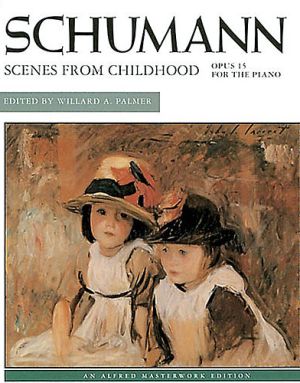 Recently I decided to relearn a piece of classical piano music that I had performed in recital some years before, the Träumerei from Scenes from Childhood by Robert Schumann. I discovered that, when relearning old repertoire, the notes come much more quickly, while the challenge is interpretation. For help, I turned to seminal recordings from several concert pianists.

The Träumerei has four voices: alto, tenor, and bass, in addition to the intoxicating soprano which carries the melodic line. Although I had not done so the first time around, I found during my practice that playing each voice separately to understand its progression helped my interpretation.

And what about the repeat sign after the first eight measures of the piece’s yearning opening? When I had studied the Träumerei five years before, my piano teacher, Stephen, coached me to create some difference in mood, tone, or dynamics in the repeated measures. Perhaps because I had recently reclaimed the piano, after a 25-year hiatus, the challenge seemed overwhelming. Stephen suggested on several occasions that I listen to recordings by concert artists to spark ideas. I never took him up on that idea.

In the spirit of truly listening to our piano teachers, my October Selection of the Month, or rather Selections, in this case, are three albums, which contain the Träumerei, with an ear towards how their differences can help me (and so many others who study the Kinderszenen) create a unique stamp on the music.

In Schumann: Carnaval, Scenes from Childhood, Arabeske (1993, Sony BMG Music Entertainment), Pavel Jegorov strikes a wonderful clarity with the voices, the alto ringing, the tenor patient and supporting, the bass stately, while the soprano glitters in the lead. Of the three albums I reviewed, Jegorov plays the Träumerei the most slowly, his rendition measured and dignified, like a procession of a royal court. His touch on the high A, shimmering and golden, at the apex of the second phrase, is reason enough to listen to this recording.

As for creating variety in the repeating measures, with hope I turned to Martha Argerich’s Schumann: Scenes from Childhood (2009, Deutsche Grammophon). Her use of tempo rubato did not disappoint. The two opening phrases rung with a lovely urgency, the notes tumbling down from the high A. The second time around, however, the phrasing was peaceful and tender, with softer dynamics and a slower tempo. The contrast felt natural, unified by the way she lingered over the notes in both occasions.

A note on my sheet music from years before indicated that Stephen had recommended Vladimir Horowitz. At the time, I managed to soak in the YouTube video, shown below, of Horowitz playing the Träumerei during his return to Moscow. Now, I listened intently to Horowitz Plays Schumann (1962, Sony BMG Music Entertainment). The opening unfolded with a paced energy that made his rendition accord with the piece’s title of reminisces or memories. The tone was beautifully full, like round, fat dewdrops glistening on a bough. His variation of the repeated section was subtle, slightly slower, with a few more anticipatory pauses the second time around. The contrasts came as the piece developed, a subtle darkness emerging during the key changes, until the ending, when the music became very soft, creating a satisfying loveliness.

I felt very satisfied, not only for the privilege of listening to these recordings, but also for the chance to improve my Träumerei rendition the second time around, in fact for the very opportunity to study the piano.

I love how emotional the audience is at this concert in Moscow, when Vladimir Horowitz plays the Träumerei, from Robert Schumann’s Scenes from Childhood. 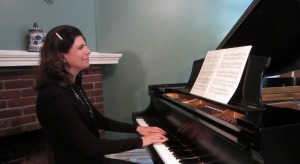 Schumann’s Album for the Young No. 30 Played by Nancy M. Williams 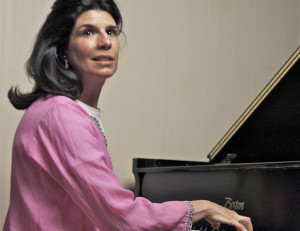 Cast a Spell with Schumann’s Album for the Young