Stacy Schwartz's first piano performance isn't in a recital hall, but on a whimsical Sing for Hope Piano in Central Park in front of strangers and tourists.

Stacy Schwartz plays an advanced beginner piece based on a Chopin Étude, on a Sing for Hope piano at the Dairy in Central Park, New York City, in June 2013.

Three weeks ago I played piano in public for the first time. Much to my young children’s disappointment, my debut performance wasn’t in a recital room at my music school, nervously awaiting my turn to showcase my beginner skills among a lineup of their elementary school classmates. Over years of school plays, soccer games, and dance recitals, my kids were accustomed to performing in front of my husband and me. They delighted in the notion of a role reversal.

Rather, my first concert was beneath a beautiful spring afternoon sun, sheltered by a Victorian Gothic awning in the middle of Central Park. Temporarily residing among the tourists and sunbathers was one of 88 artist-designed pianos placed in New York City’s parks and public spaces by Sing for Hope, a nonprofit organization that promotes the ideal of art for all. This particular piano was transformed into a swirly turquoise ocean, appointed with sand, shells, and a papier-mâché octopus lolling its brightly colored, polka-dotted tentacles onto my sheet music.

Learning piano has been my private hobby for the past two years. At the previous day’s lesson, my seasoned piano teacher had exclaimed, “Better you than me!” in reaction to my plans to play al fresco. She went on to explain how invisible she’d feel making background music for a crowd focused on something else.

But this promise of invisibility was precisely the reason I agreed to unveil my developing piano talents in front of the Central Park Dairy. I was anonymous at the octopus piano, just another quirky character making the most of this beautiful day while an after-work crowd played softball nearby. I persevered through a beginner’s arrangement of a Chopin Étude, stammering, pausing, and reworking when needed. It was more a public practice than a performance.

Perfection was not a consideration. I was a beginner, I reasoned, and these pianos are just sitting there for any passerby to have a seat and hammer out a few notes. Sure, I was a bit self-conscious, knowing that Nancy M. Williams, Founding Editor of GRAND PIANO PASSION™, was observing and recording me. But I averted that stomach-churning anxiety I surely would have felt as the lone performer on a stage, my presence and music the focus of an audience’s full attention.

To my utter confusion, I heard clapping after I finished the piece. I turned around to see a stranger applauding. Then one of two tourists who had stopped to listen actually snapped a photo of me. I beamed.

I never imagined that I could make music that people—not related to me—would voluntarily stop to hear. Art for all, indeed. 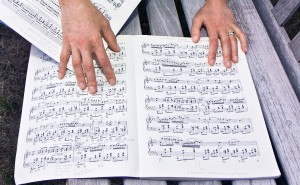 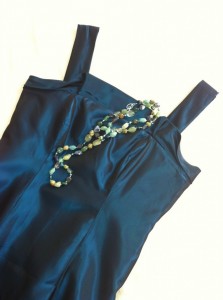 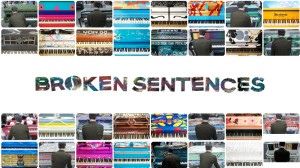