Editor’s Note: In the summer of 2013, composer and pianist Gregg Kallor set out with filmmaker Alan McIntyre Smith to make a music video of “Broken Sentences,” a classical cum jazz inspired composition that is the second movement of Gregg’s Carnegie Hall-premiered suite, A Single Noon. They visited all 88 of the Sing for Hope pianos placed outside, in public parks and plazas, in the five boroughs of New York City. At each piano, while early June sunlight lit the keys, amidst crowds and honking taxis, Gregg drummed off successive chunks of “Broken Sentences.” From his experience come principles for piano performance, pointers which apply regardless of the pianist’s venue, age, or skill, and which Gregg distills here for GRAND PIANO PASSION™:

Giving Tuesday
December 3, 2013
Sing for Hope’s mission is to make the arts accessible to all and is informed by their belief that the arts have unique power to uplift, unite, and transform individuals and communities. To find out more about how to volunteer time or donate, visit singforhope.org.

The Sing For Hope pianos were so visually striking, particularly against the backdrop of New York City streets and subway stations, and there was an incredible variety of designs and instruments (baby grands, uprights, spinnets). Alan and I both dug the “Puzzle” piano by Michael Scoggins, and the “Grass Is Not Always Greener” piano by Stefanos Milkidis—that was crazy. And Izabel Lam’s “Octopus” piano in Central Park, and Melissa Eder’s “Beautiful Music” piano (we called it the “Birthday Cake” piano). We loved Jessica Brown-White’s “Dreamscape” piano at Greeley Square, and she happened to be there when we filmed, so we put her in the video!

Playing on so many different kinds of pianos and in such disparate and uncontrollable environments reinforced the idea that my approach to performance has to be the same whether I’m in a concert hall or in someone’s living room or in the middle of Times Square: focusing very intently on my connection to the music. It sounds obvious, but it’s essential. If I’m emotionally engaged, it becomes easier to play on all kinds of pianos and in all kinds of environments.

Pianists learn to adjust quickly to new instruments wherever we perform—usually, though, you get a little time to get to know the piano and the acoustics of the space. This was a public arts program and we didn’t want to monopolize the pianos, so I tried to make friends with each piano as soon as I sat down; the trick is to embrace the instrument for what it is, and not to try to make it do something it isn’t capable of doing.

Concentrating on the Music.

For the making of this video, I had to tune out some unique distractions: rumbling traffic, pungent aromas, screaming babies… one dude talked to me throughout the entire piece. I tried to be polite, but come on, fella—wait until I stop! Closing my eyes always helps me to focus on the music. (And in this situation it was a visual cue that I wasn’t available to chat just then.) It was an interesting challenge—I think it made me approach the music in a more focused, less “precious,” way.

It was both humbling and liberating to realize that, at times, nobody was paying attention to me while I was pouring my heart into this music. (It takes a lot to grab New Yorkers’ attention.) I never take it for granted that people want to hear me play whenever I happen to sit down at a piano, so I always try to make it meaningful—to make an honest musical statement. Then it’s fulfilling for me even if nobody listens. But some people did stop and listen—I mean really listen—and they said the kindest things, which was super gratifying.

I’m always touched and grateful when people respond to my music, but there was something especially moving about its happening outside in parks and on city streets, where you wouldn’t expect to find a piano (much less one with a giant octopus coming out of it). Something about the otherness of it made it very special. 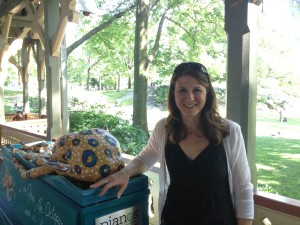 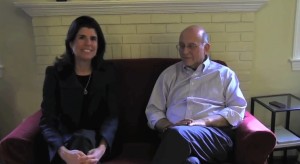