Shirley Gruenhut plays Poulenc Novelette No. 1 and discusses the composer's use of harmony, the underrated key of C major, and the imagery the music evokes.

About 20 years ago I established my own chamber ensemble called The Urban Stress Trio, and a clarinet and flute player named Lawrence Feldman became my wind player. We did both the Poulenc flute and piano sonata and the clarinet and piano sonata. And I just got so turned on by Poulenc that I started investigating his piano repertoire. I think he’s very underrated. His music is very melodic, and it looks deceivingly easy on the page, but it’s not. He must have had very large hands because there are a lot of intervals of tens, which should be played simultaneously, but many times you can’t, so you break them up.

The Appeal of the Poulenc Novelette No. 1

What I like about it is that you can do it without tearing all your hair out. It has a lot of contrast, a lot of melody, and I think it’s very appealing musically and emotionally to audiences. It fits well, both emotionally and musically, and you play it, and everyone, I mean everyone, says, oh you turned me on, I had never heard of him, I’d never heard this piece, it’s great. It’s one of my standards in my repertoire.

Poulenc’s Use of Harmony

I think his harmonies are intricate and complex. They’re modern, yet they’re classical and neoclassical, and it’s little reminiscent of French movie music. He has very old, Baroque things, it’s almost like four-part harmony, like Bach chorales, where the inner voices are more important, or as important, as the melody supported by the bass.

The C Major Key in the Poulenc Novelette No. 1

I think the key of C major is so underrated and pooh-poohed that I wanted to demonstrate and be the medium for how great the C major can sound in the hands of a master, Poulenc. I wonder whether he also had the idea of C major being underrated. No sharps, no flats. But all of a sudden in the music, he muddles into E-flat major when you least expect it, and the French 6th, so you never know where C major can take you.

The Feelings from the Music

The message is just to enjoy. I picture myself somewhere in the south of France with a big bottle of wine, some brie, and just looking out at the gorgeous meadows and flowers, and just enjoying nature’s beauty. Looking at the sky. Hopefully it’s not going to be a rainy day. It’s the kind of music that I think transports you.

Guest Writer Shirley Gruenhut graduated from Brooklyn College, as the first-time recipient of the prestigious Charles Ives Award for Excellence in Musical Performance, and studied piano accompanying on the graduate level at the Manhattan School of Music. She assisted at the Metropolitan Opera House studios and has performed in Europe, Israel, and here in New York. She was founder and co-founder of several chamber music ensembles, including The Soiree Sisters, The Urban Stress Trio, and co-founder and Musical Director of Handel With Care. She is an avid chamber music player and continues to perform regularly in New York. 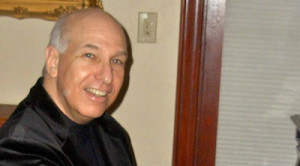 New Pictures at an Exhibition by Seymour Bernstein Amplified 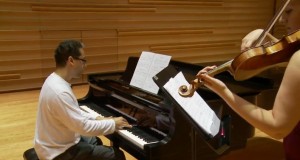 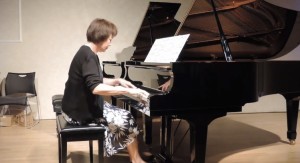