Gorden Cheng, who won an amateur piano competition playing a Mozart sonata, explains why Mozart can be more difficult to master than Liszt or Rachmaninoff. 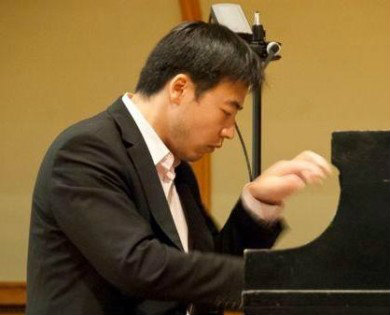 The systems architect Gorden Cheng took an unconventional path to winning the 2012 Chicago Amateur Piano Competition by playing the Mozart Piano Sonata No.10 in C major, K.330/300h. Gorden joined GRAND PIANO PASSION™ to describe how he approached the K.330 Sonata’s technical and interpretive challenges. The singing tone in the video of Gorden below, from his performance of the K.330 in Chicago, is not to be missed.

How did you decide to play the Mozart K.330 Sonata?

About five years ago, I was taking lessons from this professor at UCLA, Vitaly Margulis. I’d play for him Rachmaninoff, Balakirev, Liszt, Tchaikovsky—a lot of the Romantic stuff. But one of the last times I saw him, he said, you need to play a real Classical sonata by Mozart, Haydn, or Beethoven.

What was your reaction?

Honestly, I viewed Mozart as something children played. I thought, yeah, I’ve played for a while already, I’ve moved on from Mozart to the heavy Romantic stuff, the really showy pieces. But when I started working on this sonata, it gave me a whole new outlook to Mozart. There’s technical difficulty, and then there’s musical and interpretative difficulty, and I think Mozart falls upon the latter.

So you actually feel that Mozart is more difficult to interpret than, say, Liszt or Rachmaninoff?

I definitely do. With the heavier Romantic pieces, the passion is almost programmed into the music because of the big dynamic range and all those big chords. With Mozart, you have to use your imagination and carve out what you think the piece is supposed to be about, whether it’s heroic, or operatic, or tragic.

How else were you surprised by this music?

There’s really not that many notes in a Mozart versus a Liszt sonata, so in Mozart, you have to make music out of each and every single note that you play. The music is so exposed and visible that anyone can tell when you miss or smudge a note. In a Liszt sonata, there are loud pedals and big bang chords everywhere, and if you miss a note, very few people would be able to tell.

What about the fact that the music is in the key of the C major? Initially, it seems like the easiest key, but it’s very tricky.

Right. The C major is the easiest to read because in the notation there are no sharps or flats. You only have a couple of sharps or naturals depending on how you modulate the key. It’s not really bad, right? Versus if you play in F-sharp major, you get a lot of sharps. Crazy accidentals everywhere. You have to recheck the notes.

But the difficult aspect of playing in C major is that the black keys are very much suited for playing with your long fingers, while your thumbs are suited for the white notes. So when you play the C major scale, when you cross, if you don’t position your fingers on the white notes correctly, you can trip yourself up, and I’ve done that many times. Fortunately, some of the runs in the C major sonata are either in G major or D major because the works modulates into that key. So there’s a black note there that you can use as a hurdle to get your longer fingers around and your thumb can slip underneath.

Interesting. So you went to the Chicago Amateur Piano Competition earlier this year, and you made it to the final round. Why did you decide to play the Mozart K.330?

Last year when I was in Paris for the International Competition for Outstanding Piano Amateurs, a pianist played Mozart in the final, and one of the jurors was so pleased. He told me no one ever plays Mozart in the final because usually people want to pull out the big work-horse pieces, a Rachmaninoff sonata, for example, or something very technical. That’s when I realized I wasn’t the only pianist who underestimated Mozart.

In Paris, the person who played Mozart ended up winning first prize, and that just got me thinking. In the Chicago competition, I was the only one who played Mozart in the final, and I think it also worked out to my advantage.

In the video below, Gorden Cheng plays in the final round of the 2012 Chicago Amateur Piano Competition, starting with the Mozart K.330 Sonata in C Major.