An adult piano student admits she doesn't know how to listen attentively at a classical piano concert. She embarks on an experiment with Beethoven Sonatas.

Joanna in the music practice room at Spaceworks.

I’ll admit: I’m not very good at listening to classical music, even at a live concert. The only pieces I can usually fully appreciate at a classical piano concert are ones that are both short and already familiar to me (it helps if I’ve studied them)—and all this only applies if I can see the pianist’s individual fingers moving. Otherwise, my mind wanders, I squirm in my seat like a child, and I guiltily hope it ends soon.

But when I had the chance to attend a Bargemusic concert on the Brooklyn waterfront this summer, I got excited. I have been so engrossed in classical piano music since returning to the piano last year that maybe, I thought, this one will be different. Stewart Goodyear would be playing eight Beethoven sonatas, a couple of which I had studied when I was younger, aboard a small boat docked on the East River. With such a small venue, I was able to choose seats in the fourth row, left side, for a clear view of the keyboard.

I happily crunched those chords. But it all seemed too simple, too perfectly resolved.

I decided to use my practice time—one hour a week at a rehearsal space—to prepare. I would try to sight-read or re-familiarize myself with all of the sonatas Goodyear was going to perform, so that I could follow along and pay attention.

In my practice room, I started out by playing some of the easier ones I had tried as a kid: Op. 49 No. 1 in G Minor and Op. 49 No. 2 in G Major. With their satisfying octaves and self-explanatory cadences, it was a fun experience, and I happily crunched those chords. But it all seemed too simple, too perfectly resolved—and this was my overall impression of Beethoven’s music, to be honest: so straight-up classical that it was predictable.

During my next practice hour, I tried sonatas that were a little more advanced, and my world opened up. Op. 31 No. 3 in E-flat Major provided more drama, was more challenging to play, and even had some “irrational” rhythms (like quintuplets next to quadruplets) that seemed to look ahead to the Romantic era. Likewise, Op. 31 No. 1 in G Major offered intrigue and long-running fioritura à la Chopin.

During my third and final session, Op. 53 (“Waldstein”) took me 45 minutes to play through, and I was impressed with its weirder qualities and unexpected triplets. Maybe there was much more to Beethoven, after all, than could be inferred from the scales, octaves, and repetition of his easier pieces.

My time was up and I had only made it though five (well, four and three-quarters) of the eight sonatas.

On the barge, the stage bobbed with the waves and the performer wore an untucked shirt: an informal summer recital. I was engaged in the music for the entire first half of the concert, even staying alert and interested during one of the sonatas that was completely unfamiliar to me. During the ones I did know, I hung on nearly every note.

My mind got so desperate I resorted to comparing people’s head shapes in the rows in front of me.

During the second half, some of the sonatas were extremely long, and I decided that looking out the window, appreciating the summer waterfront scene around me, was also a productive use of time. By the last two sonatas, though—abstract works that I had never even heard a shred of before—my mind got so desperate I resorted to comparing people’s head shapes in the rows in front of me.

At the end of the concert, I felt a bit defeated. Had I gotten enough out of this whole thing?

After letting the experience seep in over a few weeks’ time, I finally realized that with something as complex as classical music, such ambitious goals—whether for listening or playing—aren’t always going to come together as planned. Instead, I can be proud of the subtle shifts and small amounts of progress I do make. 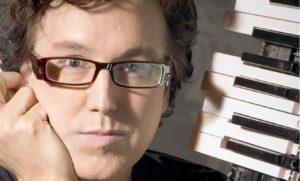 Practice Listening with Your Ears 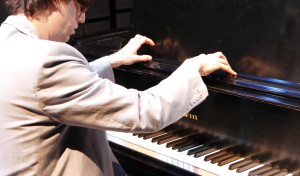 Practice Listening with Your Body 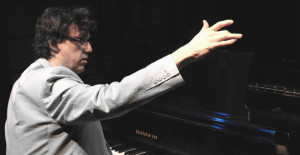 Practice Listening with Your Eyes