A film director and amateur pianist describes the making of American Grand, a documentary depicting the drama of taking apart and rebuilding a grand piano.

The initial idea was to make a short film. A nice little film crammed with beauty shots of the internal organs of a piano. I reckoned it would take about four days to shoot.

Then I set foot in Richard Davenport’s Los Angeles piano workshop and saw the gleaming rows of chisels and complex measuring devices. It was apparent right away that Richard and his band of “Merry Workers,” with their frightening skills and hilarious repartee, demanded deeper treatment.

I reckoned that I knew a helluva lot about pianos. I could not have been more wrong.

We ended up filming American Grand over a nine-month period, shooting once or twice a week. The resulting documentary aired on PBS TV in prime time.

I’m a pretty serious amateur pianist. I practice two hours a day and have been playing for (gulp) 60 years. For the last 25 years, I have owned a nine-foot Yamaha CFIII concert grand. Both in size and upkeep, this is a bit like fostering a hippopotamus. Richard, a high-octane Los Angeles piano technician, looks after this monster for me. He’s rebuilt it once and, a few years later, he restrung it. So, in my arrogance, I reckoned that I knew a helluva lot about pianos.

I could not have been more wrong.

Even after nine months of shooting and a year of editing, I still don’t really understand how the Cristofori escapement works, but I do know how to spell his name. On the other hand, I’ve learned how a piano can sound completely different after a top technician has really had a go at it. I’ve seen that a new soundboard is a heart transplant for a piano. I’ve heard how the feel and touch of the instrument can be radically altered by the key-dip and by other weirdly named stuff like “let-off” and “damper assist springs.”

But now I’m showing off. Nevertheless, I’ll bet that, after making this film, I know more about the piano’s brain than 99 percent of professional pianists. Digging around inside the piano action and learning how all those tiny components affect the tone has taught me a lot about simply listening to the instrument—how to hear and feel when something is out of whack. And that has helped me to play a little better. Minimally, my playing went from awful to passable. But, hey, that’s a step in the right direction.

Are these people insane? How are they going to put it back together?

The piano restoration job we filmed was the complete rebuild, from soup to nuts, of a 1913 American Steinway. This involved removing its entire digestive tract and replacing everything with new parts. Pinblock, strings, keys, wippens, hammers, shanks, dampers—all were pulled out—and, climactically, with considerable brute force, the old soundboard was torn out. After the disassembly, there remained just a shell consisting of the outer wood rim, the big metal plate, and the legs.

Richard is the piano version of that dog-whisperer fellow on TV. Richard Davenport and David Abell more or less picked out my Yamaha CFIII concert grand for me. They tossed me in a car and drove me down to Yamaha in lovely Anaheim to audition a dozen pianos. Eventually, I expressed a liking for one of them, but Richard was having none of it. He whispered and pointed urgently to a different instrument: “No! You don’t like that one—you want this one.” So I reckoned it might be a good idea to act sensibly, for once in my life, and listen to this guy who seemed to know what he was talking about. It later turned out that this was André Watts’s favorite instrument, but somehow Yamaha sold it to me, much to Watts’s annoyance.

I was terrified. Are these people insane? How are they going to put it back together? But, over the ensuing months, while we filmed, the new parts would arrive and were fitted. My panic receded. Now, when I say “fitted,” that sounds as if these parts were just sorta slotted into predetermined positions, right? Nope. Installation often involves tolerances of a ten-thousandth of an inch. It’s like building an atomic bomb.

When the first stage of rebuilding was completed, Richard invited several of his really brilliant pianist clients to try it out. So that was a bit scary—at least for me. At first, the piano sounded very harsh. Richard said it “couldn’t sound more bright.” But, during the breaks between guest pianists, tiny adjustments were made, voodoo occurred … and the tone gradually improved.

I reckon that anyone who cares about piano playing should seek out a place like Richard’s and spend a day—or even a couple of hours—with the technicians, just chatting and asking questions. However, if you are curious but lazy, like me, you could watch my film, which condenses a year of restoration work into 82 minutes.

I’m sure that you, the reader who has bothered to get thus far, love pianos. And I guarantee that, after such a visit, or after viewing American Grand, you will emerge a better player.

Guest Writer Harry Bromley-Davenport is a film director who lives in Los Angeles. He plays the piano very loudly with exuberant inaccuracy.

You can access the film to stream at https://streamingmoviesright.com/us/movie/american-grand. 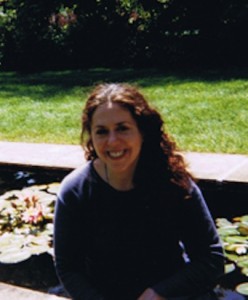 Prelude in E Minor, a Poem