A news story about a missing grand piano brings to mind August Wilson's 1990 play The Piano Lesson, about a family's complex relationship with their piano. 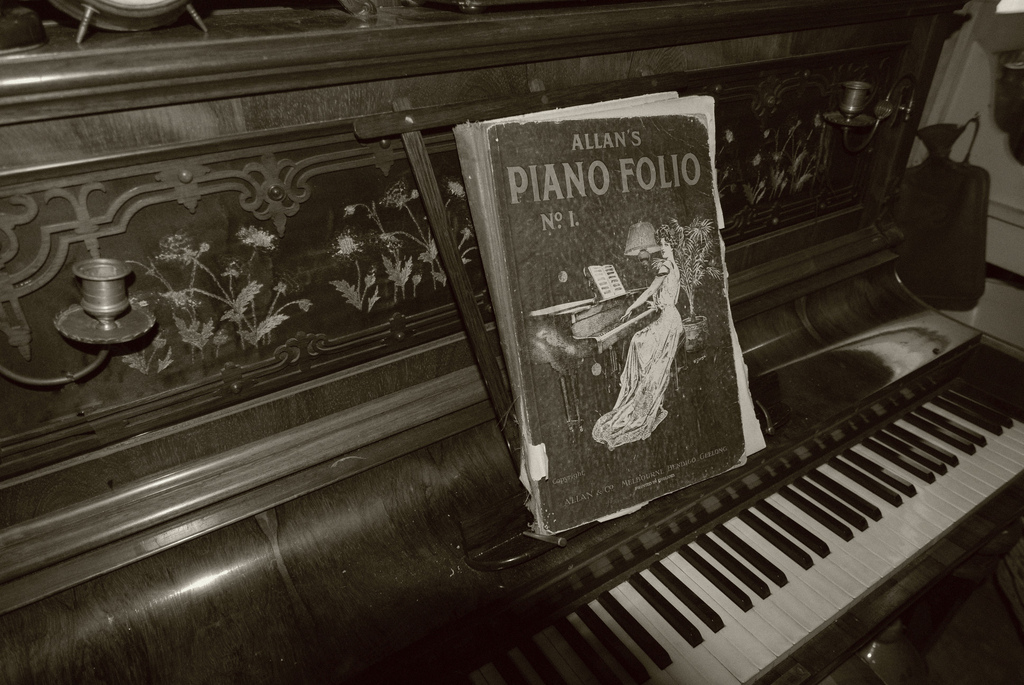 Almost a quarter century after August Wilson wrote his play The Piano Lesson, CBC News in Ottawa buzzed on May 29 that “Police seek grand piano missing from Kingston-area home”. The 1902 Heintzman grand piano disappeared sometime between May and December of 2012, the article reported.

“Play it again… Sham!” cracked one reader. “Did anyone notice two men running down the street with a grand piano?” The article is puzzling, but also humorous, good for a momentary chuckle. Yet in reality, what appears to seethe behind the story is a schism, one family member selling another’s beloved piano. This same struggle threatens to rent apart a family in August Wilson’s 1990 play The Piano Lesson, winner of the Pulitzer Prize for Drama.

In 1936, Boy Willie is the first generation of his family who has not spent any of his life in slavery, and he has the opportunity to buy his own plot of land in West Virginia. He visits his sister, Berniece, a widowed mother who has the family piano in her home in the Hills district of Pittsburgh. Her daughter Maretha takes lessons, and although Berniece studied the piano as a child, now she never plays.

As the play unspools, the connections between the characters tighten like a vise. Boy Willie wants to purchase the very plot of land his ancestors worked as slaves, from a man named Sutter, the slave-owner who split apart his grandparents’ family. Sutter sold Boy Willie and Berniece’s grandmother and father as a boy, in exchange for a piano, which Sutter’s wife desperately craved to play.

But after a while, Sutter’s wife missed the two slaves traded for her piano. She took to her bed and remained inconsolable until Boy Willie and Berniece’s grandfather, a craftsman, carved into the piano images of his missing wife and son. He added images of his now destroyed family life, the day he and his wife jumped over the broom to get married, the day his son was born.

This piano is unusual but also resplendent, with the carvings “rendered with a grace and power of invention that lifts them… into the realm of art,” says the play’s setting description. A repository of family history and identity, the piano is one of the few stable elements in the lives of this family torn apart by Sutter’s indifferent cruelty in particular and the system of slavery in general.

Now Boy Willie is determined to sell this family treasure. He insists that all he really wants is peace. “To be easy with everything. But I wasn’t born to that. I was born to a time of fire.”

Berniece is staunch in her refusal to allow her brother Boy Willie to sell the piano, and also in her demurral to touch the keys. Her suitor, a preacher named Avery, prods her. “Everybody got stones in their passway,” Avery tells Berniece. “You got to step over them or walk around them. You picking them up and carrying them with you.” He leans towards her and speaks urgently. “You can walk over there right now and play that piano.” Yet Berniece remains obstinate.

In addition his wisdom, Avery has a prim side in The Piano Lesson, and Berniece spurns him for Boy Willie’s more magnetic and yet far less responsible friend. Yet Avery’s beliefs—“God got a bright tomorrow. God don’t ask what you done… God ask what you gonna do.”—helps the family resolve their differences and reclaim the piano.

In a sense, we don’t need the details of the “sham” of the Kingston’s family’s struggle, the grand piano gone missing, because August Wilson already has given them to us. Pianos have an otherworldly centrality, the music a source of healing. The lesson in The Piano Lesson is that the way to salvation is to play. 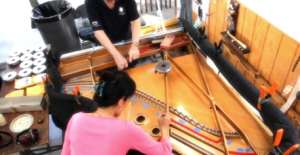 Picking Up a Beethoven Sonata After 50 Years