A new parent discovers unexpected ways to practice the piano and work on her musicality alongside the demands of caring for the tiniest member of the family.

Less than a year ago, I was a young professional trying to make time for creative endeavors, including piano practice. I’d been playing piano on and off since starting lessons at age six. After trekking to a practice room every week during my early thirties, I was excited when my wife and I were able to set up my childhood piano in our newly bought home. Then life was reset by a thing called parenting.

During my wife’s pregnancy:

I play piano as often as I can in between prepping baby stuff that we may or may not need, and my wife reports to me when the baby starts kicking (usually during the increasingly urgent chord progressions in Bach’s Prelude in C Major).

I figure I will continue to practice at least occasionally after the baby is born. Bach is good for babies’ brain development, or something like that. Plus, I want to set an example as a parent who is still engaged in the arts and actively creating—not just consuming—the world around us. We’ll have a little piano session every day, no doubt. I fantasize about how, one day, my child will love making music with me: we’ll frequently burst into spontaneous song, and maybe even start a family band with the youngest member as lead vocalist.

Twenty minutes after our daughter makes it out into the air, the nurses hand her to me while my wife gets stitched up. The baby gets blood on my clothes, and I’ve barely slept for two nights, but I’ve never been happier. Right away, I start singing. Lullabies, pop songs with customized lyrics, anything. From that moment on, I’m so quick to compose songs on the fly every time she fusses, I shock myself. I hum pentatonic scales. I repeat made-up tunes nonstop for 45 minutes until I get hoarse. I discover ways to inject notes into shushing noises while rocking her to sleep.

There’s no time for piano. But I’m making music, constantly.

But there’s no time for piano. Every minute I’m not sleeping or eating or holding our daughter or doing a combination of these things, I’m delivering food and drink to my wife, who can barely move. But I’m making music, constantly. And when it’s not coming out of my mouth, I’m tapping rhythms for the baby on the slats of the kitchen table, or the rubbery surface of the exercise ball, or my own belly.

One week after birth:

We’ve been supplementing with formula after every breastfeeding session and waking the baby up to feed—10 times every 24-hour period—at the recommendation of the pediatrician and lactation consultant. I’ve been repeatedly pushing down the plunger of a feeding syringe or propping up a bottle every two hours, whether I’ve slept or not, and my wrists are just one part of me that screams I don’t think I can do this anymore every time that alarm goes off, yet again.

The first time I have a chance to play the piano is after my mother has been here cooking and running errands for us for a few days. I decide to run through a couple of pieces, including Modest Mussorgsky’s Une Larme with its rocking left-hand arpeggios.

That night I toss and turn in the middle of the night—strange, as I’ve been falling asleep the second my head hits the pillow since that first surreal night in the postpartum ward. Even though I haven’t slept for more than an hour in a row for two weeks, I’m wide awake now because my wrist and forearm are tingling, painful, on the verge of seizing up. The feeling makes me sit up in tears of panic, not sure if the sensation is physical or psychological.

I go to the kitchen, lay ice on my arm, and try to take deep breaths.

No more piano for the next four weeks.

Our baby is hungry as usual, but my wife is finally squeezing in a shower at 7:00 p.m. When the table-drumming fails, when the pacifier gets spit out, when the humming and the shushing and the bouncing fall flat, I slide open the piano. Holding her in one arm so she can see the keys, I play scales and arpeggios with my left arm. I figure she’ll like the black and white pattern of the keys, at least, since she loves to stare at anything with contrast, especially the dark branches of the living room’s chandelier against the white ceiling.

When the pacifier gets spit out, when the humming and the shushing and the bouncing fall flat, I slide open the piano.

It works! She’s mesmerized for approximately three minutes—she lets me get through at least 10 different keys of scales and arpeggios. Three minutes is long in baby time.

Then the whimpers start up again, and it’s on to the next thing.

When I run out of ideas for distracting a still-usually-hungry, still-pretty-tiny human waiting for Mommy to come home, I let her bang on the piano keys. While I hold her at safe-drooling distance, she uses one hand at a time to pat and press the keys. The left hand (her power hand, usually reserved for slapping her leg) strikes a few notes at once, a baby forte. Several seconds later, the right hand (her precision hand, the one she uses to study the texture of rugs and blankets) cautiously grazes some individual notes, pianissimo.

I still use music to calm her toward the end of those long afternoons. She’s got a Spotify playlist with recognizable tunes I can sing along to. She smiles every time she hears “Your Song” by Elton John. But when I have energy to play piano (once every couple of weeks) she croons from the floor of the playroom. Her noises of approval coming from deep within, as she wriggles around the room on Bach vibrations, are more encouraging than any polite applause that could fill a concert hall.

As soon as my girl can crawl, she’s over at the piano pedals. She licks the cool metal, investigating. Every time I play Chopin, she barrels under the bench to see what my legs are up to on those interesting rounded levers.

Now my left wrist hurts when I put weight on it. (There’s always been some kind of pain since our daughter was born: forearms, back, shoulder, neck, even thumbs.) I wonder if this current wrist issue has anything to do with my recently taking on left-hand octaves in the first movement of Beethoven’s Moonlight Sonata, but I play so infrequently that a piano-related injury would be ludicrous. More likely it’s from hoisting the car seat down the sidewalk to the closest parking spot I could find, or wrangling a wild animal onto the changing table five times a day. Still, I should be cautious about straining my left hand on chords, octaves, and arpeggios.

One afternoon I bring her up to my lap at the piano bench and her wide eyes lock onto the Beethoven sheet music. So I play, but only the right-hand part while I harness her with my left arm. The look of pure concentration on her face says I should add this to her list of favorite activities, along with inspecting shiny doorknobs, waving around socks from the laundry basket, and doing downward dog on an empty MacBook Pro box.

Now it’s her turn to play, and she’s still got the power left hand banging out in baby forte, and the curved right fingers pressing more deliberately—but this time it’s both hands together.

We may not be anywhere close to my dream of playing keyboard in our family band led by my daughter, but at least these days we’re all getting some sleep. You’ve got to start somewhere. 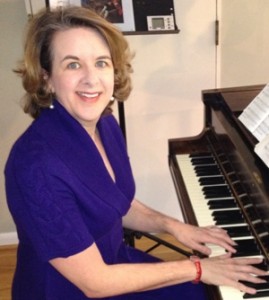 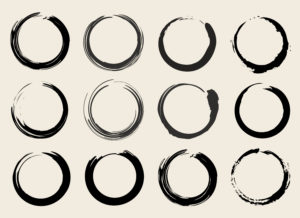 Expression Is the Need of My Soul 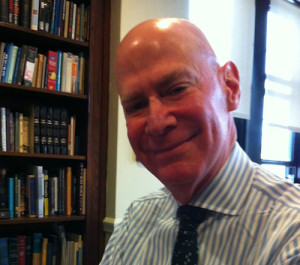