The piano score can be useful while you're not even at the piano bench. Reading the sheet music like a book leads to greater comprehension of a piece. 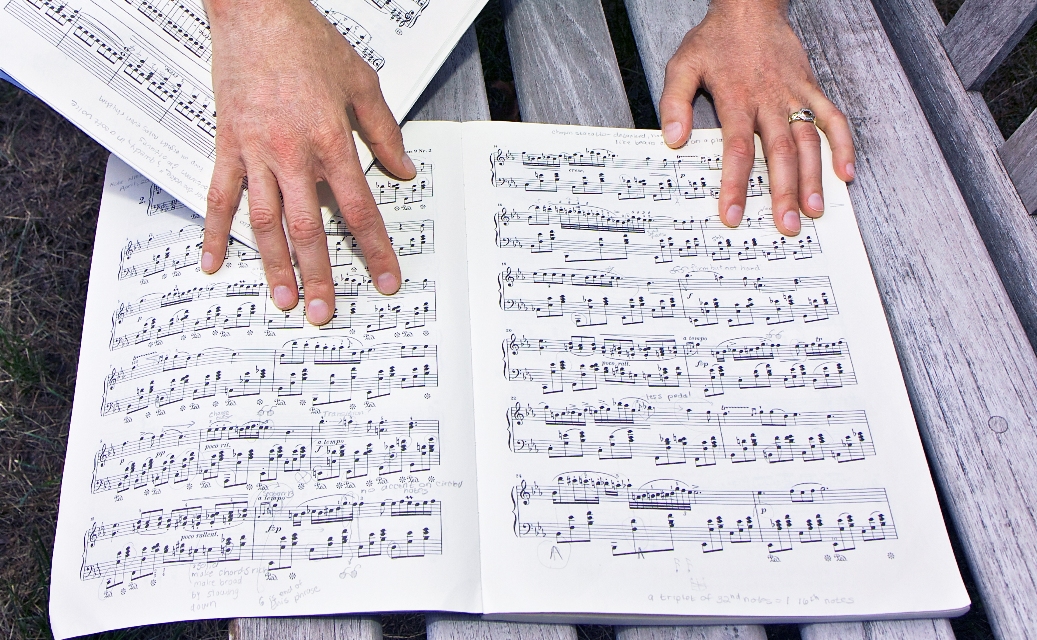 During my first year of adult piano lessons, my piano teacher Stephen had the temerity to suggest that I study the score away from the piano.

“You mean, when I’m not at the piano bench?” I blurted out.

“Yes,” Stephen said with a soothing nod. “Just as if you were reading a book.”

In my mind, sheet music belonged in one place: the music stand. “I can’t do that.”

“At the very least,” Stephen persisted, “try reading through a work’s score before you play it for the first time.”

During his teens, Glenn Gould’s teacher “instructed his students to study the score away from the piano, and Glenn became especially adept at this,” says A Romance on Three Legs. Soon, Gould “was spending at least half his practice time away from the instrument, poring over musical scores.”

Apparently, my piano teacher thought one did not have to be Glenn Gould to embrace this practice, but to me reading the score felt like sorcery, accessible only to magicians like Stephen who could sight-read Beethoven Sonatas. Deep down, I was afraid that I would find myself incapable of this imaginative approach. My handicap would swell to a general consensus (among whom, I could not say) that I was so limited at the piano that I might as well not practice at all.

A few years later, I heard the concert pianist Yundi Li perform Chopin’s Nocturne in E-flat Major. The sweet and buoyant melody seemed to beckon, but I worried Stephen might balk at the music’s difficulty. What if, before I sat on the bench with the Nocturne, I were to study the piano score?

A few nights after the concert, when I propped my head on my pillow for my nightly ritual of reading, I cracked open my Henle book of Chopin Nocturnes. It felt strange to sight-read music without my hands touching the keys in response. The idea was to comprehend how the music was structured, to glean its patterns and repetitions, I reminded myself.

I inched my way forward. Where I saw a series of individual notes, I knew more experienced pianists absorbed an entire cadence marching through the measure or a full scale spilling down the staff. As when my children first learned to read, I comprehended music letter for letter rather than recognizing entire words.

Yet as I hobbled through the score, I noticed that the left hand consisted of a series of triplets, one note low in the bass, followed by two full-throated chords in the tenor. This was the light engine that had driven the piece during Yundi Li’s performance. I would need to play the left hand chords in a steady and muted way so as not to overwhelm the melody.

“I have a surprise for you,” I told Stephen at my next lesson. I tapped the E-flat score on my piano’s music stand. “Plus I read through the score before I played it.”

Stephen’s eyebrows shot up as though he were intrigued. “Let’s hear it.”

After I labored through the first phrase, I turned around to gauge his reaction. Stephen clicked the lead on his mechanical pencil. “The first challenge will be the left hand. You’re going to have to learn these chords carefully.”

“You’re going to be psyched to hear this. I figured that out when I read the score.”

“Good!” Stephen exclaimed. A pleased look gleamed in his eyes. “You can definitely work on this. It’s just about the right level for you.”

I told myself that my reading the piano score had persuaded Stephen into acquiescing to the Chopin E-flat Nocturne. Now I realize that the person I had tricked was myself. I still don’t possess a lot of skill in this area, but now my first step in learning a new piece of classical piano music is to read through the score.

I love this video of Yundi Li performing the E-flat Nocturne, similar to the rendition I heard in concert: 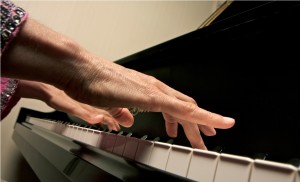 The Case of the Extended Pinky 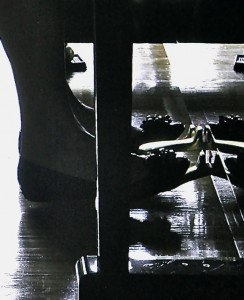 No Pedal Please: A New Approach in Adult Piano Lessons 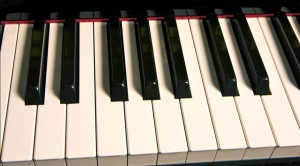