When You Need a Quiet Piano

After accomplished amateur pianist Ricker Choi received a threatening letter from neighbors about his piano practice, he decided to invest in a quiet piano.

Ricker plays Ravel’s La Valse on his AvantGrand piano in his home for GRAND PIANO PASSION™.

Ricker Choi is an accomplished amateur pianist from Toronto, Ontario. In the last five years, he has placed in amateur piano competitions from Boston to Berlin. Yet several years ago, after he received a threatening letter from his neighbors, he worried about his ability to sustain his practice.

Tell us about the difficulties you had practicing your piano at home.

I live in a condo unit, which makes it impossible for me to practice on an acoustic piano. I used to have an upright and my neighbors wrote me a joint anonymous letter, threatening lawsuit for the noise I was making with my piano! So for the next few years, I had to practice my classical piano music at music schools.

Then a friend told me about AvantGrand, a digital piano which he said is very close in touch and feel to a real grand piano. The benefit would be that I could practice with headphones on, not creating any noise. I’ve always been skeptical with digital pianos in general. But given my friend’s enthusiasm, I decided to try it at a music store.

What happened when you tried the AvantGrand?

I was extremely impressed with the touch and feel. It literally feels like a Yamaha grand piano! I actually saw in a discussion forum where someone took an AvantGrand apart and took pictures of the inside, to prove that AvantGrand indeed has the same physical parts for the keyboard mechanism as a real grand piano.

The sound, however, was not too convincing. It sounded “digital” and fake. I tried on a headphone and it was worse. The upper register was too bright, while the bass was dull. I complained to the piano salesman, who then brought me to the audio department for a Sennheiser HD 650. Listening through such a high-end headphone, the sound of AvantGrand was so beautiful. It now not only felt like a grand piano, but sounded like one as well. Now I use the headphones for daily home practicing.

The speakers of my AvantGrand have different levels of reverb, to simulate, for example, performing in a church. My digital piano can also record and play back my own playing.

How does your digital piano factor into your practice regime today?

I practice daily for two hours. When I have to prepare for a concert I may practice three hours daily. Ever since I got the AvantGrand in October of 2011, I have been practicing exclusively on it. I use the headphones since my neighbors do not like the sound of my practicing. Also, the speakers of my AvantGrand N1, which is the cheapest model, are the most basic, and I don’t find the sound satisfactory if heard from the built-in speakers. The top model N3 has much better speaker system.

Recently I had two successful performances at Toronto’s Four Seasons Center and Toronto Steinway Piano Gallery. Both venues had a nine-foot Steinway, and I had absolutely no problem with adjusting from my home practicing to a real concert performance. I now feel that I no longer have the need to practice on a real grand piano. I love the luxury of not having to line up at a music school for a practicing studio. No more worries about studio time not being available during the holidays. I can now practice anytime I want! 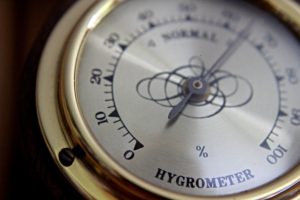 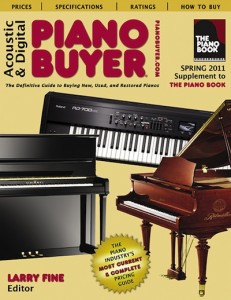 How To Buy a Piano with a Fine Guide