A closer look at the Liszt Un Sospiro reveals patterns in the rolling arpeggios, an Impressionistic quality, and some historical background on the piece. 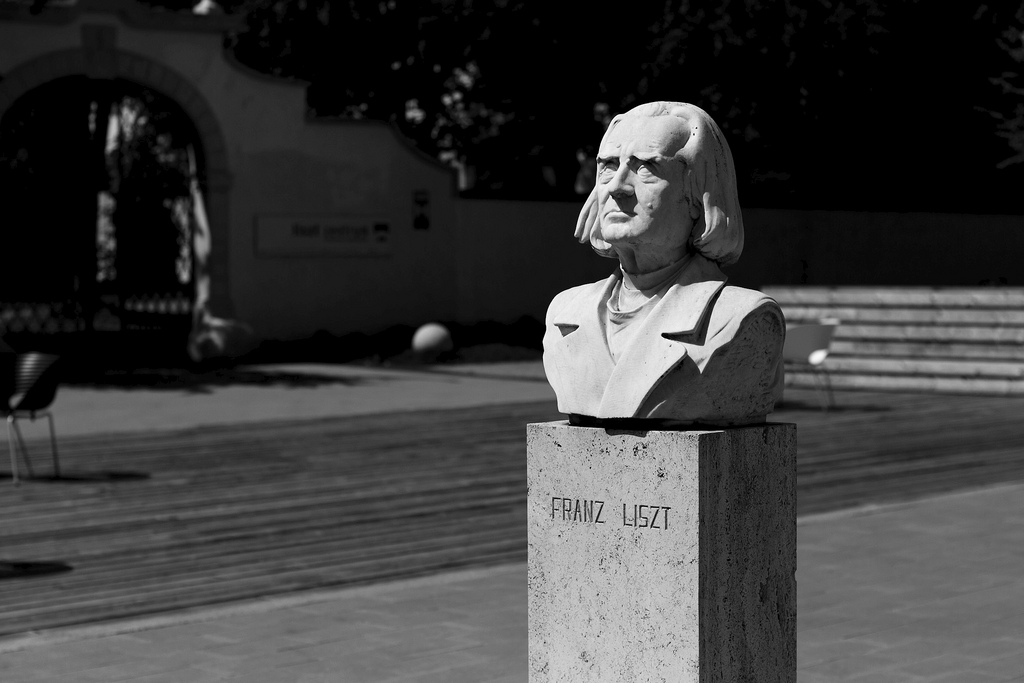 Liszt by Fabian via Creative Commons.

The most striking part of Un Sospiro is its ethereal and poetic qualities, with its rolling arpeggios and flowing melodic line creating an atmospheric mood. I look at the piece from multiple perspectives here, as part of GRAND PIANO PASSION™’s well-regarded Classical Piano Music Amplified™ series.

Technique in the Liszt Un Sospiro

In the Liszt Un Sospiro, the left hand and the right hand trade off the melody. The challenge in learning the music is to produce a beautiful tone color and shape the melody while successfully handling the arpeggios and hand crossings.

“While learning this piece, pay close attention to fingerings that are written in the score,” says Moriah Feiner Trenk, an undergraduate piano performance major studying with Seymour Bernstein at NYU’s Steinhardt School. “Casual fingerings that seem sufficient during slow practice will not work when the piece is played at full speed. The fingerings are also good indications of patterns, such as harmonies that are outlined in arpeggios. The patterns of recurring notes will often have the same fingerings, and noting these patterns can aid our sense of coherence.” Also, Moriah notes, playing the sea of arpeggios with a light touch can help make it possible to bring out the melody, and not tire out the hands.

Ricker Choi, an award-winning amateur pianist who has founded Music Heals! concerts for charities such as SickKids Foundation, agrees that establishing the correct fingering is crucial. In the measures shown below, for example, the melodic notes boxed in red should be played with the left hand crossing over, with fingers 3,2. The pianist may be tempted to instead use fingers 5,2 with the left hand, “which at first seems easier but in the long run makes the execution of the music more awkward,” advises Ricker. Even worse, “cheating, by using the right hand for those melodic notes, would totally destroy the intent of the Etude,” Ricker concludes. 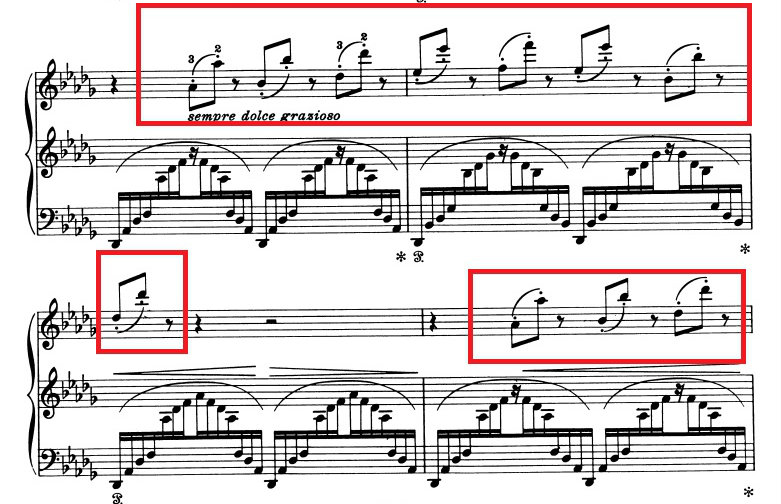 Does a Pianist Need Large Hands to Play Liszt?

“Even though Liszt had a huge hand, and his music is most easily played by someone with a large hand, it is not essential,” counsels Joyce Morton, an accomplished amateur pianist. “An amateur pianist with a small hand—like me—can play his music. (I can reach an octave easily, but a ninth is a stretch.) We can overcome small hand issues with careful thought and creativity and with fluid arm and hand motions. Ask questions such as, what is essential in a passage that is difficult or impossible for a small hand—i.e., what can be dropped without a significant impact? Or what can be played with the left hand rather than the right hand or vice versa? This approach may not produce a professional performance, yet it can create a performance satisfying to the pianist.”

Ricker Choi takes the opposite viewpoint.  “I disagree that the pianist can drop or rearrange notes in the Liszt Un Sospiro,” he says. Liszt wrote the music as an etude, “trying to train you to play a beautiful melody continuously while switching hands very quickly”. As a result, Ricker feels the pianist ought to remain true to the score. He points out that on occasion the concert pianist Lang Lang avoids some of the crossovers and plays the melody all with one hand, which Ricker believes can destroy the mood of the piece, its introspective and calm nature.

For the pianist studying the Un Sospiro, performances by the concert pianists Marc-Andre Hamelin, Valentina Lisitsa, and Lang Lang offer useful contrasts. Moriah Trenk recommends the Hamelin interpretation. “This performance by Marc-Andre Hamelin is outstanding because of its shimmering and flowing quality. The arpeggios are played fast and smoothly, and also played lightly, so as not to interrupt the melodic line. The melody is played with strength and passion, and there is a wide variety of tone color within the performance. Hamelin also uses a lot of pedal, creating a dream-like, ethereal quality.”

Ricker Choi instead praises the Valentina Lisitsa performance for its introspective qualities. “In the opening few pages, her body is still. She choses a slower tempo, and she doesn’t have a lot of changes in tempo and dynamics. She’s more contemplative than pianists like Hamelin and Lang Lang. The Hamelin is more free-flowing, more pushing forward, and for me, it is a little bit too much in your face.”

In the words of the composer Hector Berlioz, Liszt was “a god for pianists,” reports Michael Saffle in his biography, Franz Liszt (Psychology Press, 2004). The magnetic Liszt captivated audiences while performing recitals entirely by memory. “Before Liszt, it was considered almost in bad taste to perform by memory,” explains Stephen Hough in his article, “How Franz Liszt Became the World’s First Rock Star,” (NPR, 2011). Liszt saw piano performances as “a theatrical event that needed not just musical things happening but physical things on the stage.” The hand crossings in Un Sospiro are an example of the dramatic, theatrical effects that are characteristic of Liszt.

Un Sospiro’s Function as an Etude

Un Sospiro is the third piece in the set of Liszt’s Three Concert Études (Trois études de concert), composed between 1845 and 1849, and originally published as Trois caprices poétiques. Written in dedication to Liszt’s uncle, Eduard Liszt (1817–1879), the three etudes were Il Lamento (“The Lament”), La Leggierezza (“Lightness”), and Un Sospiro (“A Sigh”). The nickname Un Sospiro did not originate with Liszt. “He was aware of it,” says Eric Bromberger in his excellent program notes, “but never used it himself.” In addition to their lyrical qualities, Liszt’s Three Concert Études were geared towards an étude’s “traditional function of helping the performer in the acquisition of a better technique,” explains Michael Saffle.

Impressionism in the Romantic Era

Although Liszt was a Romantic composer who died in 1886, Un Sospiro has a bit of an Impressionistic feel to it. Similar to the art movement, Impressionistic music originated in France and seeks to evoke a mood or atmosphere. Claude Debussy and Maurice Ravel are considered to be two of the major Impressionist composers. Says Moriah Trenk, “Un Sospiro reminds me of Ravel’s Ondine from Gaspard de la nuit. Both Un Sospiro and Ondine come from sets of three pieces composed for the piano. Both pieces have intense moments of passion and a flowing melodic line amidst a cascading accompaniment.”