Sound, Vibration, and the Piano

A young piano student who wears cochlear implants describes what the notes sound like to her in these video clips from the documentary film Lost and Sound.

A clip from the documentary film Lost and Sound, featuring Holly, a young pianist who wears cochlear implants.

Something that fascinates me is how we can never truly hear through someone else’s ears, we can never be in someone else’s head. As director of the documentary film Lost and Sound, I worked with scientists at Cambridge University, who have created extraordinary new software that replicates more realistically than ever before what music sounds like from another person’s perspective.

Holly, one of the subjects of the film, wears cochlear implants after losing her hearing as a baby. The Cambridge scientists made a unique simulation of Beethoven’s 7th Symphony for us, according to what Holly actually hears, using the information from her hearing test (audiogram) and cochlear implant tuning data. This is as close as we can get to simulating her experience, hearing from another perspective. But, of course we’re all hearing through the mediation of our own ears, so we can never fully appreciate what the world sounds like to someone else.

In the first video above, a clip from Lost and Sound, I love how Holly is trying to explain what things actually sound like for her; I think she does a great job. Her father Mike Smith (a professional pianist; he plays keys in British band Blur) and Professor Nigel Osborne then describe how Holly is adapting.

Then the following clip shows how 10-year-old Holly plays the piano, and how she makes sense of music, through the prism of her deafness. It reveals how Holly understands and uses music as storytelling, language, and narrative, and that’s how she is expressive as a pianist. In this case, her piano teacher helps her find the story behind Prokofiev’s “The Rain and the Rainbow.”

A clip from Lost and Sound of Holly’s piano lesson.

Order a DVD or find out more about the film at lostandsound.org.

Guest Writer Lindsey Dryden is a director, producer, writer, and all-round lover of stories from London, UK. Dryden makes films mostly about music, arts, and science, and is happiest when combining them all. She was nominated for Best New UK Filmmaker (London Open City Docs) and Best Female-Directed Film (Sheffield Doc/Fest) in 2012, for Lost and Sound. 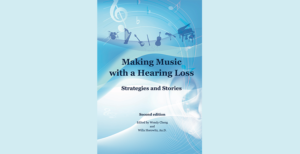 Stories from Musicians with Hearing Loss 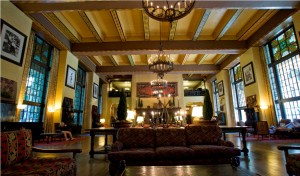 Hearing Loss at the Opera