In this video, Nancy M. Williams plays the Chopin Raindrop Prelude in recital at Carnegie Hall—a challenge after a 25-year hiatus from practicing piano.

When I returned to the piano shortly after my 40th birthday, at first I dutifully studied the Clementi Sonatinas. My piano teacher Stephen felt that after a 25-year hiatus from the piano, I needed to work on my technique. And as promised, inside his Six Sonatinas for the Piano, Muzio Clementi had tucked repeated thirds, arpeggios, and partial scales, with the intent of strengthening the pianist’s command of musical building blocks. After completing the second Sonatina, and dreading the thought of four remaining, I staged a revolt.

“I want to enjoy myself when I practice,” I told Stephen, “I want something more….” I shaped my hands in a sphere, trying to describe music that would feel more integral to my soul.

Stephen’s voice admitted a grudging defeat. “I know what you want.”

At my next lesson, Stephen arrayed on the music stand three pages of sheet music, the number 15 preceding the first measure. He cranked down the bench to accommodate his long legs. “This is Chopin’s Prelude number 15. It’s commonly referred to as the Raindrop Prelude.”

The music’s cuts were multifaceted, the color translucent yet of a vital blood-red, the depths entrancing.

I pointed to the instructions at the top of the score, guidance transmitted from Frederic Chopin to the musician. “Sostenuto?”

“That means sustained, to play the notes in a smooth flow.”

Raindrops, sustained notes streaming, even the soft sibilance of Chopin’s name, all sounded promising. I pulled up a chair next to Stephen on the bench. As prepared as I was to like the Prelude, the opening passage’s dreamy melody awed me. The music’s cuts were multifaceted, the color translucent yet of a vital blood-red, the depths entrancing.

The Prelude resolved with two delicate pianissimo chords. Neither Stephen nor I moved until the last chord diminished to silence. Stephen removed his foot from the damper pedal with a little thump. I wanted this music at whatever the cost, even if it so challenged me that it would be the last piece I ever played.

“You’re saying I can learn this.” I wanted him to speak the words out loud before he changed his mind. 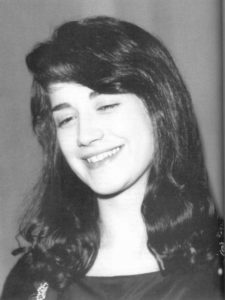 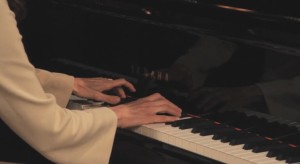 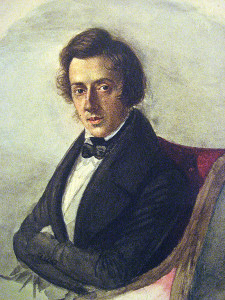