Amateur pianist Michael Brazile plays the Bach Invention No. 14 in B-flat Major in this original video, and shares how he approaches tempo and repetition in the two-part invention.

On the surface, sameness is the defining feature of the Bach Invention No. 14 in B-flat Major. The entire piece is built from the opening motif of a little turn executed on the note B-flat, all in 32nd notes. Bach takes this rhythmic gesture and uses it in every way possible, inverting it, tossing it back and forth between the right and left hands, and playing it against itself with both hands.

Given the relatively straightforward nature of the piece, then, you most often hear it performed quite straightforwardly, usually at a metronomic, breakneck tempo and with all of the eighth notes that accompany the 32nd-note theme trumpeted out in harsh staccatos. Rather a banal listening experience, in my view.

When I play this piece, one of the most well-known and oft-played from the set of 15 Two-Part Inventions, I like to take the attitude, “OK, I have ‘sameness’ as the defining feature of the piece…so how do I take this same theme that’s repeated unrelentingly throughout the piece—which is indeed the basis of the piece—and make it sound NOT the same?” Or, to think of it another way, “How do I make the everyday and the mundane interesting and full of nuance; how do I make it full of light and shadow, differentness and intrigue?”

To approach the piece with this concept, I choose a relatively slow tempo and allow the music plenty of places to pause and breathe, so that in some moments, the 32nd-note theme’s appearance almost comes as a surprise.

Just as in the Cello Suites and the Sonatas and Partitas for solo violin, in the Two-Part Inventions, Bach was trying to achieve a musical maximum with a self-imposed minimum of resources. For a keyboard without pedals, two lines are as barebones as it can get to create contrapuntal music. As such, I want to play these Inventions—and really all of Bach’s music—in a probing and curious way; in a way that plays the explorative impulse that propelled Bach to write this music. 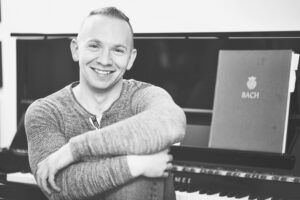 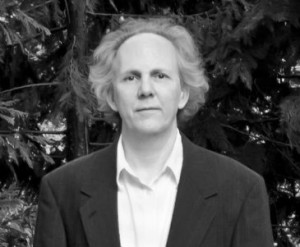