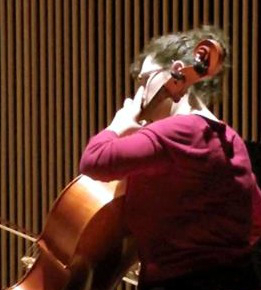 For ACMA’s annual concert at Carnegie Hall, you only audition ensemble acts. Tell us more about your focus on trios, quartets, and other forms of ensembles.

The reality of performing, especially for amateurs, is that you will make a mistake. As a soloist, if you blank out, or if you get nervous, you have nobody to help you, nobody to cover you. On the other hand, if you’re a part of an ensemble, there are ways or techniques where the other players can help cover mistakes, and you also have a network of support. It’s almost like being on a team.

Also, playing in an ensemble makes you a better musician. There are a lot of ensemble works where, at one point, one instrument takes a dominant role and the others are supportive. A lot of pianists who are soloists aren’t very cognizant of this. They’re used to being the constant center of attention. In an ensemble, you get feedback from your fellow team members, and you have to learn the importance of being generous with your music. You learn a lot of the shadings and the subtleties of performance.

Could you give us an example from your personal experiences?

A few years ago, I worked on the Yellow River Piano Concerto, a piece for piano, violin, and harmonica arranged by a collaboration between musicians including Yin Chengzong and based on the Yellow River Cantata by Xian Xinghai. The violinist, Tyson Mao, is a very fine amateur violinist who has since moved to California. The harmonica player is named Jia-Yi. He is actually a professional harmonica player who has toured in Berlin, Israel, Hong Kong, and throughout the United States.

For a lot of the Yellow River Concerto, the piano is really more in the background, but I had this impulse to play louder or to not listen, because I was so focused on my end. And through their guidance, I realized, hold on a second, you’re not wasting your time if you’re a supporting player, an ensemble player.

I was providing the base and the background, but at the same time, I was helping the entire wall of sound, if you want to say that, the sonic landscape. So I think that a lot of piano players become much better ensemble players when they play with other musicians or with a vocalist.