Achieving goals at the piano

How to Create Good Habits for Piano Practice 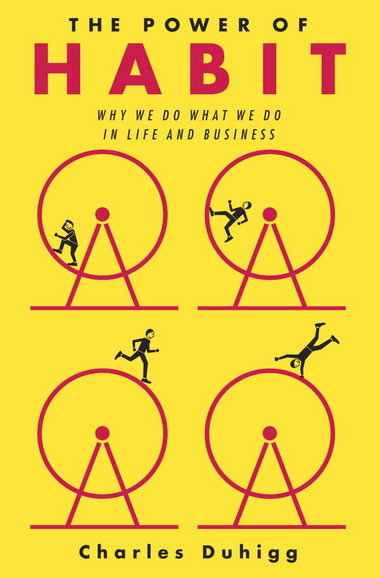 The word “piano” doesn’t appear once in The Power of Habit: Why We Do What We Do in Life and Business (Random House, 2012). Yet this engaging book by New York Times reporter Charles Duhigg offers a useful perspective on how to create good habits for piano practice.

A habit, explains Duhigg, is a series of actions that we once consciously invoked but now perform automatically. “Most of the choices we make each day may feel like the products of well-considered decision making,” he says, “but they’re not. They’re habits.” A Duke University study found that up to 40 percent of the actions people perform each day are habits. In fact, without the automatic nature of habits, the brain couldn’t function. It would collapse under the strain of too many decisions.

Although I have decided that piano practice is one of my top priorities, too often I eke out my hour at 10:00 at night….

Although I have decided that piano practice is one of my top priorities, too often I eke out my hour at 10:00 at night, when I ought to be settling into bed with a good book. Other times, I become muddied in my demanding inbox, and I don’t practice at all. Despite my New Year’s resolution, I have not created a habit to practice for an hour every day after lunch.

Yet for those with a passion for the piano, practice falls into what Duhigg terms a keystone habit, a habit that triggers widespread change, that makes the acquisition of other good habits easier. The discipline of practice helps adult piano students to focus on the moment and even to regulate their emotions. Duhigg gives a parallel example of making your bed every morning, “correlated with better productivity, a greater sense of well-being, and stronger skills at sticking with a budget.” Pulling up the comforter doesn’t cause feelings of happiness; rather it triggers other habits that lead to a more organized and fulfilling life.

I found particularly inspiring Duhigg’s example of the Olympian swimmer Michael Phelps. His coach, Bob Bowman, instructed Phelps to visualize the perfect race, a “videotape” that he was to play in his mind before going to sleep and upon awakening. The videotape had scenarios, including Phelps’s goggles filling with water, blinding him in the pool. This scenario became a reality in the 200-meter butterfly race at the Beijing Olympics in 2008. Thanks to his videotapes, Phelps remained calm, he substituted counting his strokes for seeing, and at the end of the race, when he “ripped off his goggles,” he had set the world record.

The videotape exercise applies to piano performance: my first piano teacher as an adult once had to perform in a room so dark that he couldn’t see the keys. For my Carnegie Hall recital in 2012, I used visualization to stay focused. But for now, at least, my primary concern is using the concept of keystone habits—which take work to cultivate—to practice the piano every day for an hour after lunch.

I need to implicate the dizzying, never-ending, addicting train of emails in my inbox.

For my irregular practice schedule, I need to implicate the dizzying, never-ending, addicting train of emails in my inbox. Recently, I experimented with blocking access to the Internet using a program called SelfControl.

When I permitted myself to program SelfControl before going to sleep at night, I sat down at my desk the following morning with a feeling of calm purpose. I worked on my long-form writing, sometimes using the half hour break for piano practice. Then after lunch, I practiced some more, occasionally logging in as much as 90 minutes in total at the piano. I realized that for my personal piano practice videotape, I need to visualize not only the perfect practice, but also activating SelfControl every night before I log off my computer.

In The Power of Habit, Duhigg spends as much time explaining how to fight bad habits as how to cultivate good ones, a topic for a forthcoming article on eliminating bad habits in piano practice. 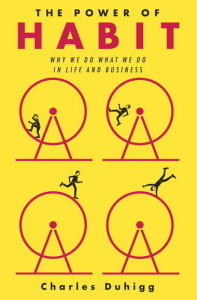 How to Break Bad Habits in Piano Practice