Piano Practice: The Wonder of Solitude 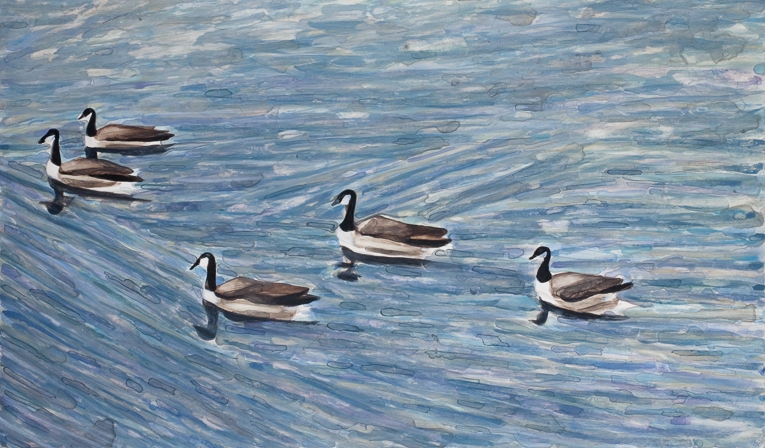 Growing up in New York City, I became accustomed to living with noise. Yet amidst screeching subways, blasting horns, and screaming pedestrians, the rumble of my internal clamor reigned supreme. For as long as I can remember, I have been attempting to hush those annoying chattering voices in my mind by immersing myself in louder and louder noise.

At 13, I borrowed my older brother’s headphones, a set looking more like earmuffs than a musical accessory. I pulled them over my ears, plugged the silver jack into the record player and listened to my brother’s 45s. It didn’t matter who was singing—Janis Ian, the Young Rascals or the Temptations—the music drowned out the noise from my parents. Whenever I heard them arguing, I simply went up to my room, shut the door, and turned up the volume.

The headphones were so effective that I ended up pursuing a career in the rock and roll business. My life became peppered with myriad sounds—ringing telephones, co-workers shouting down long corridors, meetings with garrulous artists, capped off nightly with a steady pounding of ear-shattering guitars and drums.

By that time, I had co-opted my parent’s quarrels into an inner clamor capable of trouncing any guitar lick. Every thought belied my self-doubt, mimicking my parents’ mutual scorn, each of them impugning the other for life’s disappointments. I was constantly second-guessing myself. In 1990, when I interviewed for the position of Creative Director at Geffen Records, one of the most coveted jobs in the business, the clamor reached a frantic pitch. David Geffen looked me straight in the eye and offered me the job.

“Robin, I’d like you to lead the creative department. It’s a big step for you, but you’re smart and have good taste. What do you think?”

My heart thumped, while I attempted to wade through my inner turbulence. “I don’t know. Yes, I’d like to do it, but you know the guy I work for now, he’ll be mad if I quit. You really think I can do this job? You don’t even know me.”

“What’s your problem, Robin? You’re acting like there’s a nest of squabbling chickens in your brain. Make a decision and move on.”

He nailed it. But the fact is, I was so accustomed to hearing those chickens that I wasn’t even conscious of them. I accepted the position, but in the eight years I stayed with the company, the racket increased in direct proportion to the increased responsibilities. My boss teased me relentlessly about those squabbling chickens as he observed me waffling on decisions; inconsequential ones such as the size and location of the company logo on magazine ads to heated negotiations over album cover images with the likes of Courtney Love and Aerosmith.

Five years after I retired from the record business, when my oldest son was seven, I signed up for classical piano lessons. As my children became teenagers I spent more time at the piano. I begged out of lunch and theater dates with friends, taking advantage of an empty apartment for my piano practice. Fellow piano students, who had been studying this way for years, warned me of the loneliness they occasionally experienced and encouraged me to attend classes and workshops. I worried about withdrawing from the familiar busy, noisy life, but I soon discovered that the more time I spent alone, the more I craved it. Unwittingly, my daily piano practice was granting me an opportunity to become still, something I had never given myself permission to do.

Still, the internal clamor continued, and this past fall it reached an all-time high. Driving my son to the last of his college tours, preparing for Thanksgiving, and recovering from the aftermath of Hurricane Sandy, I was physically and emotionally overwhelmed. After a week of no power, I stood motionless in front of a refrigerator filled with rotten food, unable to begin the chore of emptying its rancid contents. My husband and sons took pity on me, sending me out of the kitchen, allowing me to return only when everything had been cleaned.

Monday morning rolled around, and thankfully it was business as usual: my kids had just left for school and my husband for work. As soon as I heard the front door slam shut, I made a beeline for the piano. I sat down and my heart skipped a beat, as if I were embracing a dear friend whom I hadn’t seen in many years. With eyes closed, I began my piano practice.

After an hour of scales and challenging exercises for technique, I was ready to dig into the lovely Mozart Rondo. While I practiced carefully and slowly, without any effort on my part, I was tranquil, as if a warm blanket had enfolded me. For two hours, I was completely absorbed in the music, determined to perfect a measure-long trill while sustaining the tempo of the Rondo. When I removed my hands and ceased playing, only the fluttering of the B–C-sharp trill was audible.

Dazed, I waited for the chatter to return, but at least for the moment, it was gone. In its place was a new and unfamiliar sound springing from deep in my belly, a tiny voice belonging not to my bickering parents, nor my demanding boss, not even my loving family, but to me. Through solitude and stillness at the piano, I had given voice to my own creative expression, silencing those pesky chickens. I sat at the keyboard listening, and realized that by simply returning to my piano practice, day after day, I could unearth from within my own tiny and jubilant world.

Contributing Artist Annika Connor is a Contemporary Romantic painter and a Young Fellow of the Frick Collection. Her work depicts a fascination with beauty and decadence. Central Park Sunday was inspired by one of her frequent walks past Central Park’s reservoir in Manhattan. See more of her paintings at annikaconnor.com and find her on Facebook.com/AnnikaConnorArtist.