I Reveal My Hearing Loss…at a Piano Recital

When an amateur pianist with a hearing loss forgets to turn on the music setting on her hearing aids during a recital, she has to stop the performance. 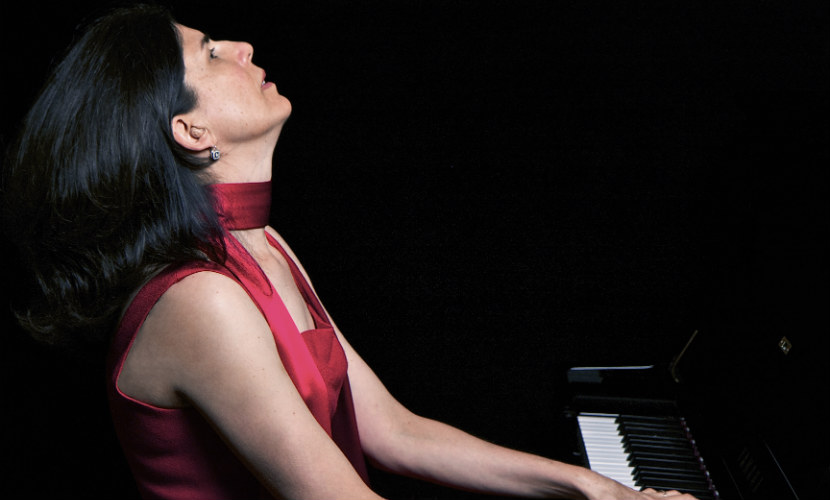 When I went back to the piano in my early 40s, I decided not to mention my hearing loss to my new teacher, Stephen. I worried that Stephen would conclude that I was slow, out of touch, thickheaded, unlikely to realize my goal of reclaiming the piano. Yet eventually, my denial of my hearing loss would catch up with me, perhaps fittingly enough, in a packed hall during a piano recital.

My hearing aids were the kind that audiologists refer to as half shells, the shape of two tiny apples protruding from my ears. I hoped Stephen wouldn’t notice my aids—after all, they were flesh-colored—even on days when I wore my long hair pulled back.

Several months into my lessons, after I struck some booming, forte chords, my aids whistled in the soundproofed practice room. I cringed. What kind of serious piano student would have to contend with colicky hearing aids? Stephen, who had acute hearing, no doubt had detected the squeaking. I took a deep breath. “I should tell you I wear hearing aids.”

What kind of serious piano student would have to contend with colicky hearing aids?

“I noticed. Can you hear all the notes on the piano?”

“With my hearing aids, yes. Except these high notes…” I ran my fingers down the top octave.

Stephen nodded with a thoughtful encouragement. “It doesn’t seem to affect your playing. You’re very musical.”

His response felt like a blessing. After four years of lessons with Stephen, studying Chopin, Debussy, and Schumann piano works, I invested in a new pair of hearing aids. While my previous aids had been shaped like small protruding apples, the new ones were miniature pears, delicate, and so petite that only their flat bottoms could be glimpsed in my outer canals. On the exterior of each shell were tiny buttons, which I pressed to access different settings, one beep inside my ear for everyday conversation, two for talking on the phone, and most miraculously, three beeps for playing the piano, a setting which amplified sound across the keyboard’s full range, from the deep, throaty A at the bottom to the tinny C at the top.

Yet whenever I sat down to play, I often forgot to switch to the music setting. Several bars into my piece, the aids’ tiny microchips, still programmed to the main setting and therefore fixated on amplifying conversation, would decide that the piano ought to remain in the background. Inside my ears, the music would sound flat and smothered.

I felt confused as to why I could not remember to activate the music setting. I had years of experience wearing hearing aids. My first aid–banana-shaped, a behind-the-ear model–was fitted when I was in seventh grade. My forgetfulness about the music setting seemed odd, even flighty.

In the spring, Stephen held a recital for his students at Crane’s Mill Retirement Community. Stephen had coached me beforehand on the cardinal rule of performance: in the event of a mistake, hobble through a few wrong notes, jump ahead to a new section, or even repeat a passage, but do not stop.

My turn to perform came at the end of the program. A hundred people—family, including my husband and two children, along with residents of the retirement community—sat in rows of folding chairs that stretched to the hall’s rear doors.

I launched into Chopin’s Raindrop Prelude. The opening melody was ruminative, almost rapt. A few measures in, the music lost its shimmering quality. Perhaps the harsh, dry winter had done in the piano. Or could it be that during the last couple of days my hearing had worsened?

After my pinky reached for a low A-flat in the bass, I realized that I had forgotten to toggle my aids to the music setting.

A panicky adrenaline buzzed through my thoughts. I could not fake my way through five minutes of the Prelude without hearing the piano’s full richness of sound. But if I were to stop, tap my aids’ buttons, and begin the music anew, I would break the cardinal rule of performance never to stop playing. Even worse, people in the audience would know that I wore hearing aids.

Perhaps I wanted to pretend that my aids did not exist and that my hearing was normal.

I plowed through the next measure, where the Prelude’s opening melody assumed a tender variation. People in the audience would know that I wore hearing aids. Why was it that I continually forgot to switch to the music setting? The hundred pairs of eyes focused on me struck a new clarity within: perhaps I wanted to pretend that my aids did not exist and that my hearing was normal.

I stopped playing. I pressed the buttons on my hearing aids, heard the three perky tones signifying the music setting, and sighed with relief. I stood up from the bench. As I walked towards the microphone, I felt both self-conscious and brazen at the same time. Several people in the front row stared back at me, eyes wide, as though they were stricken on my behalf. Yet for me the humiliation already had happened, during the years I had tried to hide an undeniable part of myself.

“I wear hearing aids,” I said into the microphone. “And I forgot to turn on the music setting. I’m going to try again.”

The audience clapped, a few people stomping their feet, in encouragement. I sat down at the piano, inhaled a slow, deep breath, and sang the first bar in my mind, as though I were beginning the Raindrop Prelude for the first time. When I touched my fingers to the keys, sound floated around me, resonant, textured, and fully heard.

A version of this essay appears in the second edition of Making Music with a Hearing Loss: Strategies and Stories. 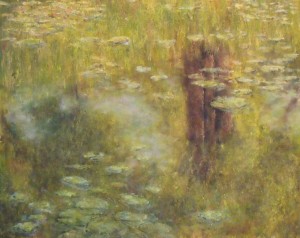 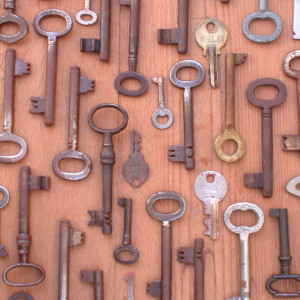 My Key to Music 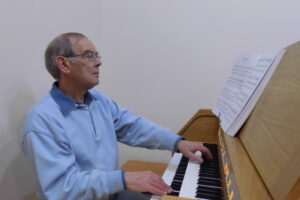